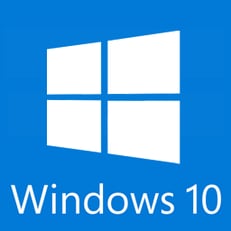 Bring Your Own Device (BYOD)

Windows 10 is the first operating system to really embrace the change in the on demand economy. Windows 10 users can be Cloud-only users in Azure Active Directory. Azure AD pairs with Office 365 to be a complete solution.

This also allows the user to Single Sign-On (SSO) with many of the top SaaS providers such as Sales Force and BOX. Mobile device management is built into this feature and can wipe company data only in case an employee has the item stolen or their contract expires. This also allows employers to expand on a rapid level if needed as Azure AD and other SaaS are a monthly service.

Microsoft is saying that with some of the advanced security features that can be used in the enterprise version of Windows 10 that this is the most secure operating system yet.This is something that is becoming increasingly important as cyber attacks against businesses become more commonplace. Windows Bitlocker has also been upgraded to extend the security protection beyond the device or PC where the data was initially created.

"If it ain't broke, don't fix it." Microsoft believes in their new OS so much, they have said that this will be the last major OS they will release. From now on the OS will just be constantly updated, instead of businesses feeling like they are lagging behind the times, just because they are an OS release or two behind the times.

Microsoft's new OS also enables companies to have a custom app store, allowing their employees to download what apps they need that their company has also approved.

The Start Menu is Back

Sometimes you need to admit when you're wrong – and when the public spoke up about the loss of the icon start menu, Microsoft listened. The start menu is back with Windows 10; this is one of the biggest changes to the user experience. This new generatation of the start menu is a blend of live tiles, as well as the traditional start menu that users know and love.

This is the first in a series of blog posts that will be covering in-depth different aspects of the new Microsoft OS, Windows 10.

Managed IT Services in Philadelphia