Zero-Day Flaw Equals Vulnerability for All - Except TPSU Members - CWPS 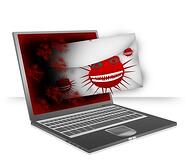 Adobe has issued an advisory warning of the zero-day flaw (CVE-2015-0313), a previously unknown point of vulnerability within the latest version (version 16.0.0.296), as well as earlier versions of its Flash Player plugin. If exploited, this download attack causes a system crash that allows the attacker to take control of the affected system. Unfortunately this kind of attack is quite commonly and actively used; at this point the download attack has been actively linked to maladvertising against Internet Explorer and Firefox users, on either Windows, Mac or Linux (versions 11.2.202.440 and earlier).

Managed IT Services in Philadelphia